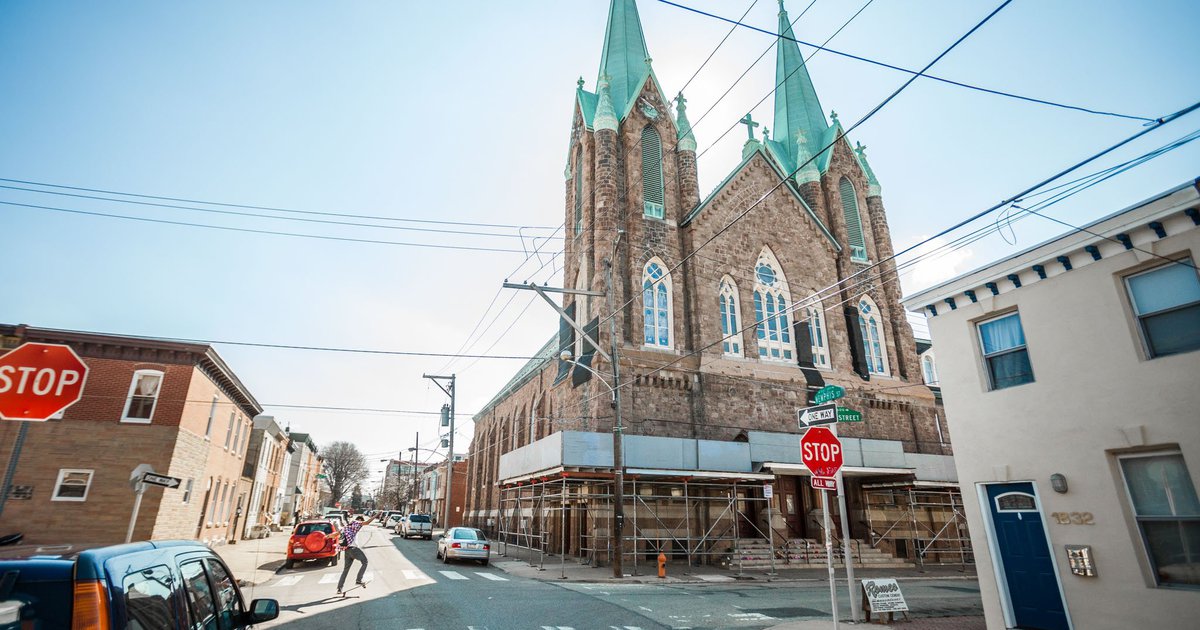 Fishtown’s historic St. Laurentius Church to be replaced with an 8-story residential building

The Fishtown site, where St. Laurentius Roman Catholic Church has stood for 140 years, will soon be transformed into an apartment complex following the demolition of the historic monument.

Philadelphia Licensing and Inspection Department issued a zoning permit on Wednesday for the construction of an eight-storey, 49-unit residential building at 1600 E. Berks St.

The 49 multi-family residential units will span the eight floors of the 45,000-square-foot structure, according to project plans. The site will also have 17 bicycle parking areas and 15 automated parking lots for vehicles in the basement and on the first floor.

The city issued a demolition permit for the historic church in September after years of back and forth over how best to preserve and redevelop the now closed place of worship.

St. Laurentius was originally built by Polish immigrants in 1882, but the church has been closed since 2014 after engineers hired by the Archdiocese of Philadelphia deemed the building unsafe. The parish of the church had already merged with the neighboring parish of Holy Name of Jesus in 2013.

Brownstone Church was designated a Historic Site by the Philadelphia Historical Commission in 2015 as part of an effort to prevent the building from being demolished by the Archdiocese. The city’s historic designation comes with strict criteria that generally protect buildings from demolition efforts, unless a structure is at risk of collapsing.

In recent years, pieces of the building’s two towers have fallen to the ground in a fenced security zone that has been put in place to protect St. Laurentius Catholic School and passers-by on the property. Structural engineers who assessed the condition of the church said the building’s two towers would most likely collapse if they were not removed, city officials said.

Local developer Leo Voloshin at one point planned to redevelop the church into a 23-unit apartment complex while preserving the historic exterior of the 19th-century building. However, his development plans never materialized after local groups opposed his efforts.

The structural engineer report submitted by Fernandini concluded that the risk of potential collapse and the proximity of the occupied properties meant that the facade of the building also had to be demolished.

The Historical Commission said in August that the facade could only be dismantled to protect public safety, but that Fernandini would be required to rebuild the facade as part of any future construction.

The church will be demolished almost entirely by hand under the supervision of an engineer on site, according to the demolition permit issued in September. L&I will also perform a series of inspections to confirm compliance with the permit.

From church to tech, virus continued impact in 2021 – BC Catholic